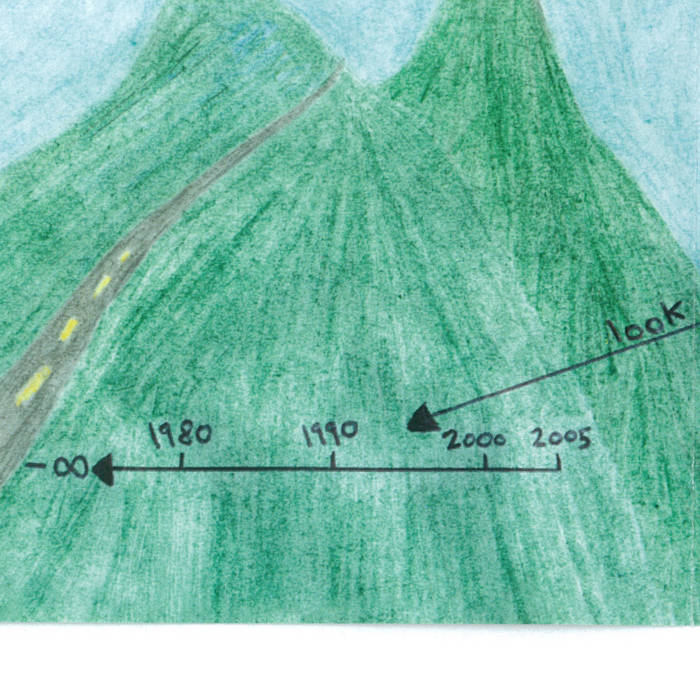 Waves crash on a shore. They aren’t just waves, we’re something else altogether.
Boats working away – we’re not really working, just looking back.
Looking back into illusions, there’s something that’s soothing about oceans and soft light.
Looking back to your favourite movie and everything’s moving, but not today.

Clouds reflect fiercer architect
because space was cold before it got sold.
And ozone layer is in your prayer,
because ultraviolet light might restore your sight.

Shells cover your skies – block out your eyes – with visions of salty sea air.
Lips distract you with diss. It’s hard to persist with what we were just talking about.
Looking back into the future. And time will calm me down as waves heal these rocks.
Looking back into our lives: there'll be a time when we will both die.