from Dreamland by Collapsing Opposites 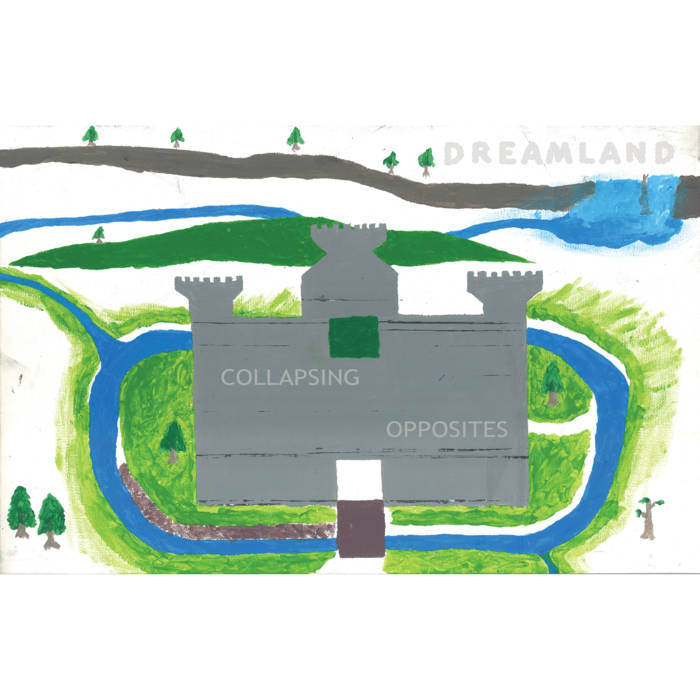 Build your castle from the ground,
made of stone and bone so safe and sound.
Erect it there inside your head
with the deepest of moats around your bed.
Hide your keys or throw them away
because you’re not coming out today.
The wisest man cannot be heard;
we know he’s wise because he won’t say a word.
Towers strong and ramparts tough,
archers ready and drawbridge up.
When those outsiders ask, “what’s new?,”
you’ll say “nothing much, how about you?”
Complete philosophies in your head,
but why can’t you just make them said?
Yeah, you’ve got castles on the brain,
I saw them leak through in your art again.

Where do secrets meet their end?
You’re building your own tomb instead.
But, I found a crack inside your wall,
and I hacked the password to your computer.
I caught you babbling to yourself.
You didn’t know I was near. You didn’t think of my ears.
I heard the words you thought no one could hear.
I swear they were audible, honest, they were audible.
And I snuck a looky inside your mind.
I took a picture, just once, I took a picture and
I read the thoughts you didn’t plan to have on your tombstone.
Did you mean to leave them there so conspicuously?
I found the spare key to your door.
I found your body on the couch.

Your secret will be safe with me.
Your castle will be preserved for everyone who wants to see.